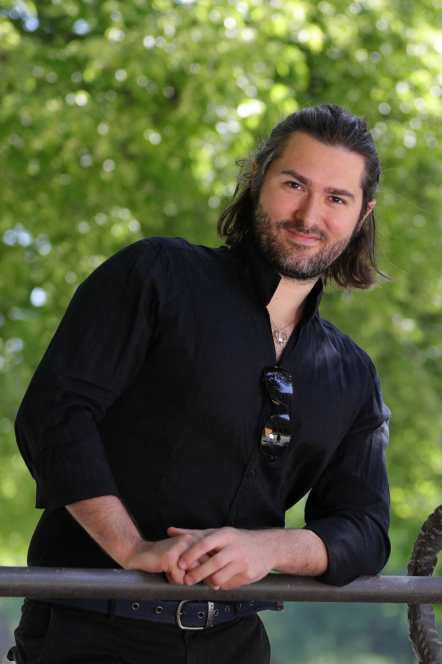 Born in Sao Paulo – Brazil, son of musicians, with 5 years he started his musical studies in the violin, later changing to the viola.

He graduated as Bachelor in Voice studies at the Paulista State University – UNESP in the class of the Soprano Martha Herr.

In 2012 he joined the important Accademia d’Arte Lirica di Osimo in Italy and in 2014 he graduated with a Master degree in Opera Studies from the Conservatorio Statale di Musica di Adria (Italy) as a student of the Soprano Luisa Giannini.

Among the names of teachers, conductors and directors he worked with, one can point out the names of famous artists from the Opera, Lieder and Early music world as: Raina Kabaivanska, Lella Cuberli, Alberto Zedda, William Matteuzzi, Robert Holl, Evgeny Nesterenko, Abel Rocha, Cristina Muti, Rolland Hermann, Vincenzo De Vivo, Michael Radulescu between others.

In 2009 he won the Brazilian Vocal Competition “Maria Callas” in the category Chamber music as well as the Special Public Award. In November 2013, he was a finalist in the Musica Sacra Competition in Rome. Final which was worldly broadcasted. He is one the recipients of the 2016 Giesinger Kulturpreis (Munich – Germany) with the contemporary opera “Short Lived”, written for him by Tom Smith.

He currently lives in Munich, Germany, where he is active part of the classical music life of the city.